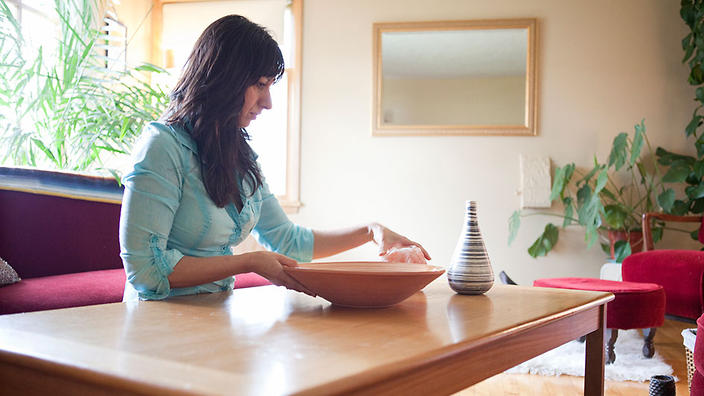 Why Vastu and Feng Shui are influencing the Australian property industry

In 2012, demographer Bernard Salt predicted that by “osmosis”, the Australian property industry could reflect cultural preferences of home buyers – and these predictions are coming true. Vastu and Feng Shui are increasingly being incorporated into property developmentas buyers and developers alike are seeking harmony in their homes.

At their heart, both Vastu and Feng Shui are all about ensuring your living spaces encourage health, coherence and prosperity.

Vastu is an ancient “Indian poetic art and science of crafting an energetically balanced home for and of the soul,” says Anthony Ashworth, a Sydney-based Vastu consultant. Earth, Air, Fire, Water and the Vastu mandala (the indwelling spirit of the home itself) are important elements to consider in Vastu, he says.

What makes a Vastu-compliant home? Location, direction and orientation of rooms play a significant role and if unbalanced, can impact family life, as Anne Clark, lifestyle health consultant and author discovered.

“We used to live in a property in Kuranda where we were in a valley, down low, and we had several disasters, flooding and even sickness. In our current property at Cooroy, we are up high and have prospered more as a result. No disasters,” she says.

Feng Shui – composed of the invisible chi (energy) in the sky and the visible chi in the land around us is about the interaction and influence of this energy in both indoor and outdoor living spaces, says

Kang’s advice starts with selecting the right location at both the macro level (state or suburb) and the micro level (the street). A compatibility test between the direction the front door is facing and the place or time of birth of the owner can also impact suitability, he says.

Aspects such as the orientation of the kitchen, the presence of windows overlooking certain features and even the time period in which you want to live in the home may all have an impact on whether the energy in the house is optimal for you, says Kang.

“Location and landform might be ok, but we need to see whether it is good for you to live in this property at this time,” he says.

If you have the opportunity to start building a house from empty land, Ashworth’s advice is to consider a site that allows plenty of space and access to light from the north and east.

“[When designing the home], ensure the master bedroom can be placed in the southwest, and the northeast is open,” he says.

Vastu principles can also be applied based on a family’s life stage and for a young family, abundance and relationships could be very important. To invite abundance – both in terms of physical health and wealth, Ashworth advises against placing toilets in the north and northeast but establishing a water feature, pictures of nature and elements with the colour green in these directions.

To invite abundance – both in terms of physical health and wealth, Ashworth advises against placing toilets in the north and northeast.

For older couples, spiritual concerns might be more of interest and Ashworth recommends energising the north and northeast by setting up a meditation spot here or keeping a clean bowl of water with clear quartz stone in it.

All is not lost if you’ve bought your property already as the practices can be applied during renovations to improve the aspect of your home.

Chen plans to employ a Feng Shui consultant to advise him about renovating to make space for an extra bathroom as well as suggestions on placement of furniture throughout the house.

Similarly, Clarke placed a water fountain and highlighted their front entrance with crystals to abide by Vastu principles.

“Ultimately, I’m grateful for the peace it brings,” she says.