Space Clearing the Ghosts of Energies Past

Space Clearing the Ghost of energies past.

This article was originally published in Issue Magazine 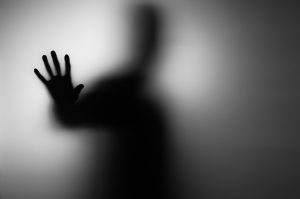 I had a sickening feeling in my gut, like when your’e confronted with the smell of something really spoiled & rotten, your nose tells you to be aware, be careful, something’s toxic, something’s off.

I gagged then burped & coughed “this place feels awful,” I said to myself. But there was no off smell, nothing was rotten or off, or was there?

This was a clients apartment they had rented out, bad tenants with bad vibes, it felt shabby & unkempt, yes, but the worst of it was the feeling the place had, just pure bad, sad feeling in the air &coming out of the very walls. You would think I would have gotten used to this by now, I had been clearing & cleansing other peoples homes for many years. Oh well, just another day of Space Clearing.

My client had gotten me in to Space Clear both their home & an investment apartment they were having a lot of trouble with, the latest tenants were again bad tenants, as were the ones before them & before them yet again, drug addicts & this time worse with mental health issues to boot, I had at that point no idea of any of this history, but I could feel it in my bones, the house was whispering to me, telling me all its stories of sadness, grieve, anger & sickness that were trapped in the walls, the floors the entire fabric of the building, all the ills of the human condition, all the unrealised dreams & the lost love.

I could feel tears welling up as I burped & gagged yet again. My client who was hovering by the open door said ….

Whilst this place was a lot worse than your average home needing a Space Clearing, I could clear it, I would help to reset the energy of this poor little apartment to be light & clearly supportive of whoever next lived here.

Ok I said, let sort this out, where’s my house doctors bag, I grabbed my big frame drum & began to tell the house with sound & song, precious herbs & smoke that it was loved after all, the very indwelling living spirit of the home seemed to begin to smile & the etheric smell began to dissipate & abate.

The happy ending to this dark tale is that within a few days of clearing it & then investing the place with positive energy vibes & love, my client rang me to announce with great glee that he had rented the apartment out to a charming young executive who had asked for a long lease & much to his complete consternation, if it was alright if she repainted the entire unit, at her cost.

Space Clearing which is markedly different to Feng Shui may be an ancient tradition but frankly, it is needed even more so in our modern times than ever. & especially in your normal suburban home or place of businesses. Sadly just leaving the television on, brings in negative energies from the outside world, let alone all the inadvertent negativity we create ourselves in our home.

Sickness, sadness worry or the simple act of an unfulfilled dream or unrealised aspiration, a single sad thought or worse, spoken words of anger or despair can create a small but cumulative pocket of down-ness of darkness, all of which over time builds up embeds itself in the home & creates a less than ideal environment in which to live & thrive.

The more hardcore & mystical aspect of Space Clearing is Ghostbusting. Some homes & some people do experience nonhelpful spirits, ghosts or entities, these energies may not be malevolent as such, perhaps just disruptive of sleep, often creating fear in the family, which makes it worse, often time it is children who are more aware & experience this as night terrors. These types of problems are often associated with the home being on a spirit line, ley line or song lines or the junction of two of these lines, which tend to work as spirit highways the junctions being spots to hop off, others reside in places that may have been meaningful to them in life. People often get scared because spirits can project onto them another person, one whom the ghost wants to tell something, not the person now living there. So, for instance, they might say “come with me to the other side” which is quite scary stuff, but this statement is being addressed to an ex-wife, not you. They simply just see you as that other persona they want to see. Sometimes these troubled homes require clearing & healing with dowsing & earth acupuncture as well as Space Clearing.

Whilst this article has focused somewhat on the negative effects of not Space Clearing, the big plus in Space Clearing is what it brings forth in your life, bucket loads of positive energy & a much greater likelihood of your dreams & desires being manifest, right now.

If you would like to have your home Space Cleared I’d love to be of service, I also run on request one-day DYI Space Clearing workshops 6 or more people required.

2018-08-07
Previous Post: Speak to us of Houses: The Prophet
Next Post: Space Clearing for Selling Your Home