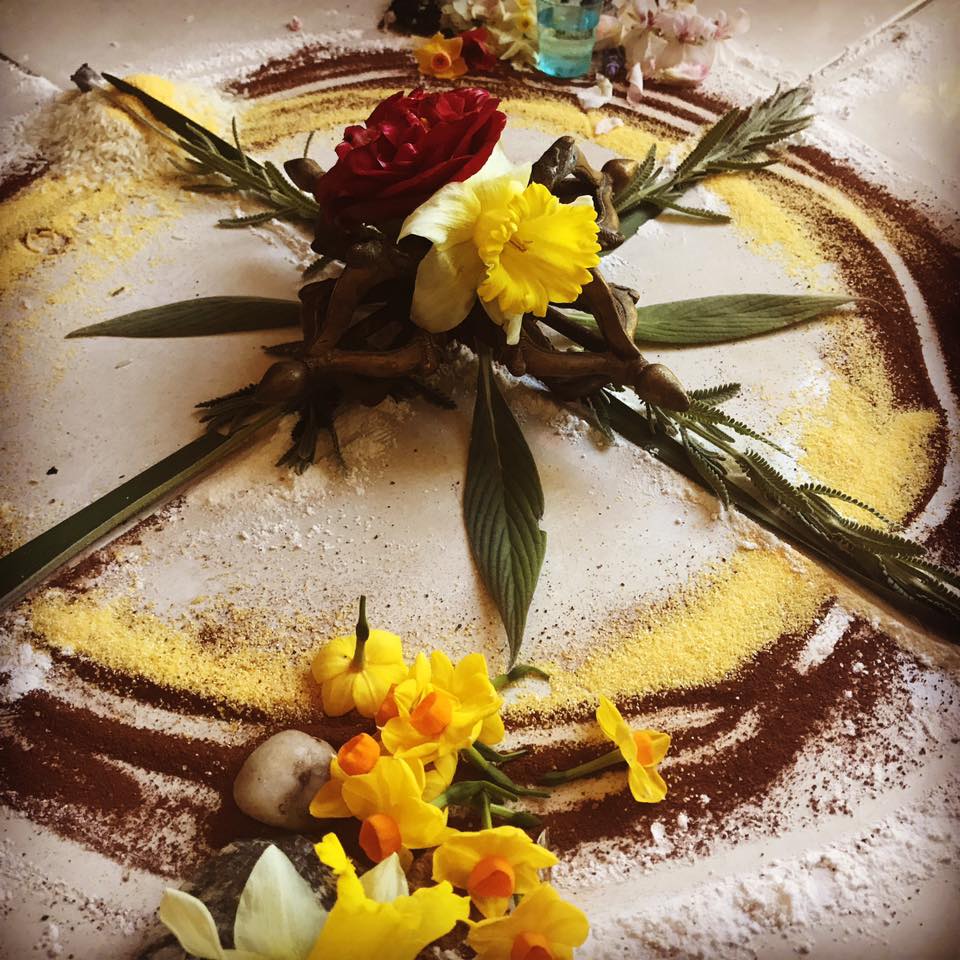 Portals and Space Clearing with Mystic

“A lot of people talk a good game when it comes to space clearing but here is how proper, magical space-clearing is really done.”

This is a reblog from Mystic Medusa blog https://mysticmedusa.com/2012/07/ghost-busting-with-artemis-absinthe/

As some of you know, I got Anthony Ashworth in to do some ghost-busting the other day. And it was brilliant.  He is mostly working in the Southern Hemisphere but he’s networked to the hilt (he had an amazing Elder wand carved as a Snake and with a rose quartz crystal in the mouth, it was made for him by England’s Chief Druid at the time) so you can email him to get reccies for space-clearings, ghost-busting etc where-ever it is you live. I like him as he has an insanely brill knowledge of esoterica, Shamanic stuff and myth but he is also an avid listener…And he is Aries! NOT at all like the peeps we bitched about in Bad Guru Syndrome.

So some random thoughts re the process…this is just if you’re interested in space cleansing, ghosts and so on. I get that it may be insanely dull for some peeps.

* I smudge and spray Space Cleansing spray around whenever i clean (a lot – Mars in Virgo, right?!) and my house is Feng Shuied to the hilt + i got the Ley Lines done. So I almost thought he might walk in and say nothing needed to be done. Like when you fantasize that a trainer is somehow going to excuse you from lunges lol. But now he came in with what looked like half of Hogwarts and laid it out on my desk. Some scary looking instruments were, he said, just in case. Happily we didn’t need the full on ‘fuq off demon’ expulsion kit.

* Runes are rad. I don’t think about them very often but I SHOULD because of my German-Nordic heritage. It is good to get with your DNA-Racial type myths-Pagan traditions. And Runes are simple to use. eg; I am now getting the Algizrune carved into the table I do most of my writing on. It is for Protection (from Love Zombies?) and Opportunity, amongst other things. So this is like a simple but effective way to magic up your everyday life. Not everyone wants to go around carving Runes into furniture, I get it, you can have a little wooden plaque or something if you want.

* The actual clearing is full ON. I guarantee your neighbors will hate your guts by the end of it. There is an ultra-loud Ganesh bell, loads and loads of Sage, a drum that sounds satisfyingly primordial + loads of melodic but carrying chanting of ancient Mantras. Before it, whilst Anthony is setting up the mandala (like the one above but I was too absorbed to get a pic of my actual one soz – it had the Runes done in salt- you have to have a cleansing shower with this stunning natural magic gunk: rosemary, frankincense, sea salt and a few other things I forget. You come out looking and feeling sensational – the bath, less so.

* Artemesia Absinthe!  This stuff is something else. It’s absinthe made with mugwort & wormwood the most powerful magic herb of all…aka Herb of Artemis. You can only put a couple of drops on your tongue, it is amazingly bitter and said to help you access other dimensions. Genius substance. You can make it yourself. I am seriously considering doing this but fear that with the excuse of it being SO enchanted and good for you, it would too easy to develop a hefty Blue Devil Hoochie Juice habit. You steep mugwort in vodka, i think. It also has the effect – as does all Mugwort no matter how you do it – of cutting unhealthy ties. It is like Anti Love Zombie Venom but all the more powerful for being with alcohol. Alcohol is Arabic for “The Spirits” f.y.i.

* Anthony the Aries Ghost Buster said there were NO ghosts in the house. So i’m like “well w.t.f has been waking me up in the middle of the night?”  He said it can be emfs or even your own electrical energy going haywire. This makes sense as i have Aqua Rising and a very prominent Uranus – i get those sleep startles, clairaudience & electric shocks non-stop. But then he discovered the portal in the backyard. I have a side courtyard thing but a tiny backyard, so dark and annoying that when i moved here last Aug, i basically decided to ignore it. I am not going to go into long-winded explanation re this, it felt right. Even though it’s my main $$ & Romance sector. I know, right, der?

And so when AA could not open the door to get out there, I was doing a rad job of talking him into totes ignoring it all. He was insistent, saying “it is part of your property, you have to confront this…” like a shrink with a snake wand. So THAT is where there was a Portal. Portals are neutral. Anything can come through them. (Sydney Residents: There is apparently a massive one on Cleveland St lol)  There could technically be more with the Large Hadron Particle Collider doing its things. BUT the point is that you discourage crap entities from coming through by making the area where it is awesome.

And i had let this little area be all dank and unloved. It is not just the Portal, it’s also that it is a double 8 in Flying Star Feng Shui so it needs to be a gorgeous area. So my new OBSESSION is to beautify this area so I instantly (swathed in a haze of Sage smoke – I think the neighbors think I am a massive pothead now) texted the Celtic Leo and said you HAVE to help me with this. He is good value. He is painting me a giant Red Ankh to go on the wall, weeding and researching whether a plant i call Dunny Creeper but which has a more spiritual name will work there.

* AA is genius at helping you work out your Power Animals/Totems/Guides etc. He doesn’t prescribe. He just sort of asks interesting questions and the answers present themselves. Amazing. And he thinks you should always have a representation of it – at least one- in your house. For power and as a ready symbol so you can all upon it and/or feel strengthened gazing at the pic. Plus it’s more magic. In your house. So I am getting the awesome Raven pic below. It’s a superb pic because the Artist actually gets that Ravens in the underworld are always silver. That is how they show up.

* Ganesh – the Elephant God said to be the Remover of Obstacles – is brilliant to have as a statue guarding your entrance. Inside if you think he is going to be nicked. Ganesh, says AA, is like a Christ figure. I am NOT going to attempt a retelling of the myth here but he is said to guard the Divine Feminine…Interesting, yes?

Okay, so there was loads more but it was fascinating and yah, the house feels completely diff. Unfortunately, it also bought up a whole lot of flu-like symptoms (a ghost cleansing crisis?) but the clearing aspect of it works a treat. And the ideas to magic up one’s house are just amazing. He does form school Feng Shui, not Flying Star (my fave) but if you have already had Flying Star Feng Shui done, he just works around that.  I realize this reads like an ad and it is actually not – I paid and it’s not that cheap lol! So time-consuming, exhausting and loud but totes worth it i.m.o.

So I dunno, what do you think?  And would it be legal for me to make Artemis Absinthe and sell it through the site as Anti Love Zombie Venom?

2018-06-08
Previous Post: Ancient African Geomancy “Dogoto” to heal without medicine
Next Post: Beam me up “not” A Feng Shui & Vastu tip