This is an extract from a paper and lecture I was asked to present as the guest presenter of two International conferences, the first in San Diego USA and the second in Italy. 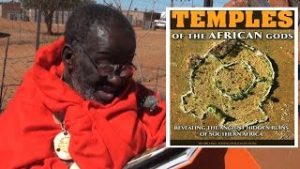 Anthony Ashworth went on a pilgrimage to his homeland Africa with the express desire to find out if the Africans, as a group of peoples, had any significant tradition in Geomancy or sacred space. He was more than surprised to find a living tradition as rich as China, Tibet or India. For this tradition, which does not have a name as such, Anthony coined the term “Dogoto” a Zulu word meaning to “Heal without medicine “.

What, if anything, can we learn about these traditions that may inform us, as to the core environmental needs of humanity? 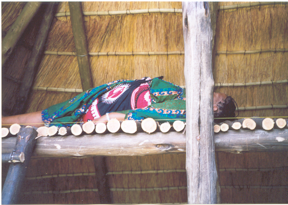 Are there core similarities between the various Geomantic traditions, and can we endeavour to define a non-cultural or multi-cultural Geomantic system outside the boundaries of religion and or culture?

What may more subtle factors support human beings other than physical shelter and aesthetics?

What do we really need to consider in the design and decoration of our places?

What, if any, concepts tap into a deeper, more ancient understanding of place, perhaps only realised and appreciated by us in the deep recesses of our subconscious.

These questions inevitably led building designer Anthony Ashworth to a study of the world’s geomantic and cosmological design systems. Firstly to Feng Shui, the most popular and arguably one of the most coherent systems, then deeper into the past, to India’s Vastu Shastra, the forefather of Feng Shui. This led to an appreciation for the place of ritual and ceremony and its encoded knowledge, which led yet further back into our roots in the indigenous traditions and shamanism. Ultimately leading back to humanity’s shared and now proven ancient birthplace, our primal Mother Afrika.

Seeking information directly from the source necessitated a research trip to Africa, to study with the Sangoma, traditional shaman, holders of the old ways. This led to one outstanding teacher, Vusamazulu Credo Mutwa, Zulu High Shaman, Knower of the past and future, Keeper of all African tribal beliefs. Credo, unlike most other Sangoma, was willing to share what many Africans still consider sacred and secret knowledge. So, as on a pilgrimage, Anthony travelled back to Southern Africa, the place of his birth, for the first time in 40 years, to sit at the feet of a great African Master.

I credit a great deal of the African knowledge and concepts contained in this paper, directly to Credo Mutwa, as gifted to me as I sat at his feet and then charged to share this knowledge of Africa with others. Credo is a great man, I have had the privilege to sit with a number of great spiritual teachers in my short life. Credo is, in my opinion, an African equal to the likes of the Dali Lama, the Pope or a great Yogic Swami. He has all the traits of a great master, unassuming and humble, polite to a word, totally centred, with a profoundly wonderful wit.

He asked nothing of me and gave so very much.

The common threads, between the ancient traditions of African and those of the Eastern and Western traditions, astound me and the similarities seem to be far more than the differences.

The African spiritual and geomantic systems, their messages, myths and methodologies, all share much in common with more well known cosmological and subtle energetic design systems.

Africa shares an understanding and emphasis on concepts such as: the Earth as a living organism, our role as human beings as protectors of that Earth, the concept of gnomic centre, the Axis Mundi, the importance of the directions and how they carry differing energies, classification and hierarchical division of differing subtle energies into the elements such as earth, fire, water and air; the effect of colours as a spiritual and energetic force, how materials generally and in buildings have both good and harmful effects on the human system, and how shape and form in structures affect and inform us, to mention but a few.

The traditional African is very deeply connected to the earth and to a sense of place.

They see the earth as their primal and living mother. This is not dissimilar to the beliefs of other more recognised indigenous peoples such as Native American and Australian Aboriginal. In fact, they even share many root words, for instance, “Kuri.” in Zulu and in Australian Aboriginal is the very same word meaning whale.

This deep connection brings a very full awareness of the influence of one’s place and space, on one’s life. Especially informed are the Sangoma, keepers of sacred knowledge. With an apprenticeship of between ten to twenty-five years, they may be likened to African Druids. The trees and all nature are their sacred teachers and provide their medicines and wisdom. The Sangoma works on behalf of the community, as a medium, a bridge between the seen and unseen, between this world and the parallel “other worlds”, between the all-important ancestors and the individual. The ancestors are seen in a similar way to Chinese thinking and other indigenous cultures, to be able to influence the subtle forces of the universe, to bring rain, influence health and all aspects of life. The African first looks at what spiritual or energetic force may be causing negative issues in their life before they attempt a physical cure. This is a living tradition most Africans still actively live every day. Geomancy and geomantic divination are an integral part of everyday African life.

“We create our homes and then they create us” Winston Churchill

Like the Geomantic traditions of the West, Feng Shui, Vastu Veda of India, and many other ancient traditions, the African is concerned with sacred space and the manipulation of the environmental energies for the physical, emotional, psychological & spiritual well being and healing. The Sangoma’s, (Credo Mutwa’s at least), understanding is as great or in some aspects even greater than most I have studied.

Architects, designers and other place makers such as Feng Shui practitioners, can take great solace in the following revelation from Credo. In Africa, building designers or place makers are considered to be very karmically advanced. In Credo’s words: “very close to God’s hand”. The manipulation of our environment as built structures is seen as being of critical importance. They, the place makers are therefore considered very spiritually evolved and are considered to have no more than five remaining reincarnations on this earth, until their ultimate release and enlightenment. All of which “should” be good and positive reincarnations.

Sacred Geometry and ‘not so sacred’ geometry.

The traditional Zulu dwelling is the thatched and wattle and daub timber framed Beehive hut. According to Credo this is a very deliberate shape. The curvilinear geometry of the dome, circular plan, and soft edges evolved and was maintained, in order to help heal injured warriors. After battle and injury, the warriors spent time in these environments enabling them to heal very rapidly. He also pointed out that the ancient Celts, amongst others, also built round houses of similar shape and construction and for the same reasons, and that Native American Tepee’s with a “cone” geometry, have a similar effectiveness.

Celtic Round Houses were made of wattle and daub with thatched cone-shaped roofs. They usually had a single entrance, aligned according to cosmological principles. The majority were oriented towards the east. All remarkably similar construction and form to Zulu huts. The Roman invaders of Britain frowned upon the local building techniques as described by Vitruvius who lamented that ‘burnt brick’ would be so much better. Perhaps beginning the eventual demise of this type of earth construction in Britain.

“Dogoto” means to heal without the need for medicine. Credo applied this word to the traditional Zulu domed huts. A “ne” at the end of the word denotes a thing or a place. So a place that heals a person without the use of medicine is Dogotone. I suggest this could be used as an appropriate labelling, for their rich building and place tradition. How many modern buildings would we be happy to apply this label of healing too? Ultimately, is this not the concern of all geomantically-influenced buildings, to help, rather than hinder the human condition? Currently, most modern buildings and the materials used to construct them, the poor understanding of the designers and lack of awareness of the clients create, or at the least contribute to, illness and dis-ease rather than actively supporting, let alone helping to heal the inhabitants.

Again, echoing such traditions as Feng Shui and Vastu Veda, Credo told how building shape is paramount to the vibrational energies their shape sets up, influencing and containing the energy. Credo spoke with great passion about this and lamented the current trends in world architecture. He drew particular attention to the squared off, sharp-edged, rectangular building types of today along with all the straight lines, planes and square, sharp windows, doors and openings. He considers this type of dominant design to be profoundly negative. In his own very strong words

According to Credo Mutwa, in the Zulu and other African traditions, very similar to the teachings of Feng Shui, sharp edges create negative energy and negative pressure waves or negative “Chi”, known in Feng Shui as “Shar Chi” or poison arrows. The African tradition goes further to say that all sharp corners to all surfaces should ideally be somewhat rounded off. Believing that the western obsession with straight, boxy architecture, interiors, and furnishings, is creating a negatively charged environment, that has ultimately led to (or contributed to) a downfall of positive consciousness, creating psychological, physical and spiritual health issues for us all.

Many ancient buildings although often based on regulated and squared geometry, are at least softened in their application and construction. Deliberately or by handcrafted building techniques and or the applied three-dimensional decoration, effectively taking off the straight cut. Many modern building styles are obsessed with so-called ‘clean and hard lines’, minimal textural surface treatments and are often referred to as ‘Zen-inspired design’. I would beg to differ. My study of Japanese Wabi Sabi, the Zen of things and place, shows me that there is nothing Zen about this style, quite the contrary. Wabi Sabi is about soulfulness, materials that age with the gracefulness of time and that reveal spiritual truths, not an obsession with minimalism and planar glossy surfaces.

Credo cited the dominant building types of civilizations such as Rome and Babylon as very precise and sharp in form and edge, with hard squared fenestration (window & doors openings). He described these cultures as “bloody-minded.” Hitler’s fascist architecture had these characteristics. Credo says the actual Architecture of the infamous twin towers of New York’s 911 may have, in some way, attracted negativity and helped to single them out?

Since my talks with Credo in 2003, there does seem to be some trend away from the box in civic and large-scale architecture. Unfortunately, contemporary domestic architecture seems to be ever more “the box” as the desired model.

Within the context of this paper I am not able to go into explicit detail about all that I have learned about African geomancy, However, I will now, at least give quite some detail on one interesting case study.

It is worth considering, alternate forms for our buildings. An adobe style, with rounded internal and external corners to buildings, the corners of doors and windows etc. It may be a more gentle, feminine alternative to the masculine, cutting box.

2018-06-08
Previous Post: The Lost Paradise: and how to reclaim the path. Shamanism
Next Post: Portals and Space Clearing with Mystic