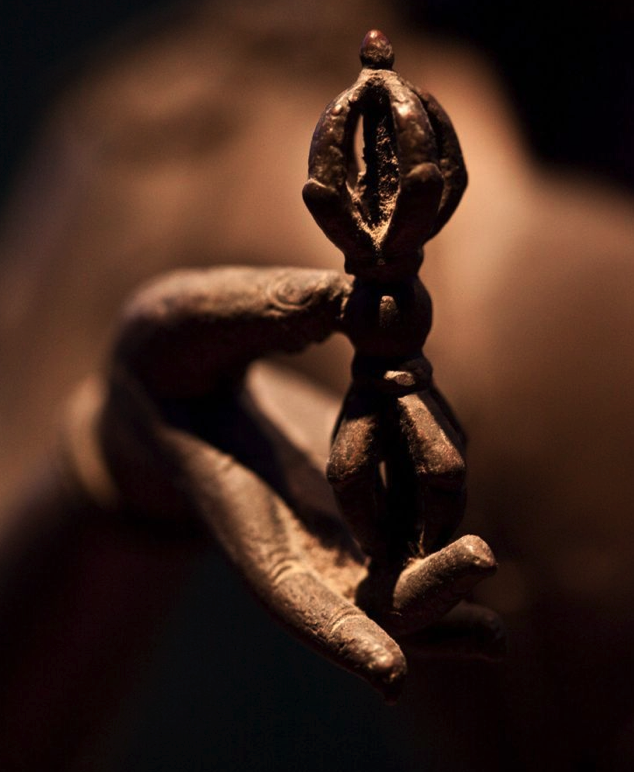 The Dorje the Vajra : en-Lightening Bolt of power

A spiritual symbol and a spiritual light weapon to be wielded in the other worlds. The Dorje symbolizes the impenetrable, immovable and indestructible state of energy and relates symbolically to Enlightenment.

The Vajra is considered as one of the most powerful weapons in the entire universe.

The use of the Vajra as a symbolic and ritual tool spread from ancient India to other parts of Asia and then beyond, it is an ancient symbol.

It is seen to be the lightening bolt as cast down from the very heavens and the gods.

Image how our ancestors viewed the incredible sight and destructive abilities of lightening and thunder, how they would have cowered away from such impossible energies, obviously hurled down upon the earth by the Gods, in awful rage !

Found in many cultures, the lightening bolt is a symbol of spiritual power. The Greek god Zeus welded it and God Indra of the Vedic myth & the hammer of Norse deity Thor was originally a lightening.

It gives protection from and banishment of all evil.

“The form of the Vajra as a sceptre or a weapon appears to have its origins in the single or double trident, which arose as a symbol of the thunderbolt or lightning in many ancient civilizations of the Near and Middle East.  Occidental parallels are postulated between the meteoric hammer of the Teutonic sky-god Thor, the thunderbolt and sceptre of the Greek sky-god Zeus, and the three thunderbolts of the Roman god Jupiter.  As a hurled weapon the indestructible thunderbolt blazed like a meteoric fireball across the heavens, in a maelstrom of thunder, fire, and lightning.” https://www.rajiveanand.com/the-crossed-vajra/

A double Dorje, or vishvavajra, are two Dorjes connected to form a cross. A double Dorje represents the foundation of the physical world and is also associated with certain tantric deities and the four directions and four subtle elements of earth air fire and water & in elemental balance producing transcendent consciousness. The crossed four-armed horizontal vajra represents the visualized generation of the deity’s mandala palace, symbolizing the stability of the vajra-earth upon which it rests. The symbolism and energies entrained into the Vajra is only touched upon here it goes yet deeper.

I have used a double Vajra in my Space Clearing, for many years now, it brings about a profound centering and power to the ritual and within myself, it has an iron crossbars that transmit and channel the energy down into the very fabric of the  building, I use it in conjunction with the Space Clearing bells that I use. The Bell and Dorje, are seen as inseparable ritual objects, they are used in combination during ceremonies. The spiritual bolt the Dorje is one of my primary shamanic power objetcs.