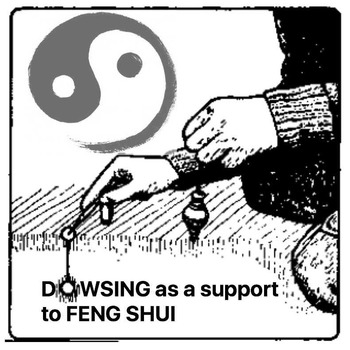 Dowsing as a support tool for Feng Shui

I recently gave a presentation at the AFSC conference on the Gold Coast 2017 on Dowsing as a support to Feng Shui, followed by workshops on the Gold Coast and in Sydney, but dowsing is more then a mere support, its amongst the the very ancient roots & foundations of Feng Shui itself.

More than 2000 years ago the writings of the veritable sage Confucius mentions dowsing, Emperor Kwang Sung 2200 BC was known to have dowsed & the prophecies of Hosea more than 1400 years ago talk of dowsing for water veins he refers to as ‘divination’. Emperor Ta Yu, the founder of the Hsia dynasty also talks of dowsing. Dowsing was used to determine underground water and energy streams and dragon lines.

In the later periods the Feng Shui masters used and still do use today the Lou Pan, the indication of the trembling of the the Lou Pan needle is used to access earth energies and geopathic stress.

My point here is, dowsing is sometimes considered a new age or ancient western modality, it is not ! It clearly was and can be an integrated part of our present Feng Shui practice, I would go so far as to suggest or ask, that without implementing it into our Feng Shui work and consultations are we fully and authentically practicing Feng Shui?

Dowsing is an art that taps into our intuition into the divine feminine within all of us, it’s a diagnostic tool that tunes into unseen energies inherent or embedded in a home or the land under it or surrounding it, these unhealthy or troublesome energies may be man made or natural or even spirit energies.

The dowsing rod, pendulum or Lou Pan needle is not magic, no psychic ability is needed.

Dowsing & it’s tools are simply instruments which shows the reaction of the human nervous system & subconscious selves. Our rational mind may process 4 or 5 pieces of information at one time, our subconscious can process over 40,000 pieces of information at one time and is far more sensitive than any of our 5 senses, as experienced through our rational mind, dowsing taps into our ancient intuitive self, the gut feeling that kept us alive as a species a for millions of years before we developed our rational minds. So get dowsing for your clients and yourself, if you know how or learn how to if you don’t.

After many years of dowsing & much research, I now teach specific techniques to become professionally proficient & confident with dowsing, entraining both the left an right brain together so they work in harmony for significant & accurate results. If you would like to learn or step up and inot your dowsing skills please contact me, to register your interest. Anthony Ashworth

2018-06-07
Previous Post: Vastu and Chess: The game of existence
Next Post: Nurturing Your Own Spirit and Self with Nature Medicine