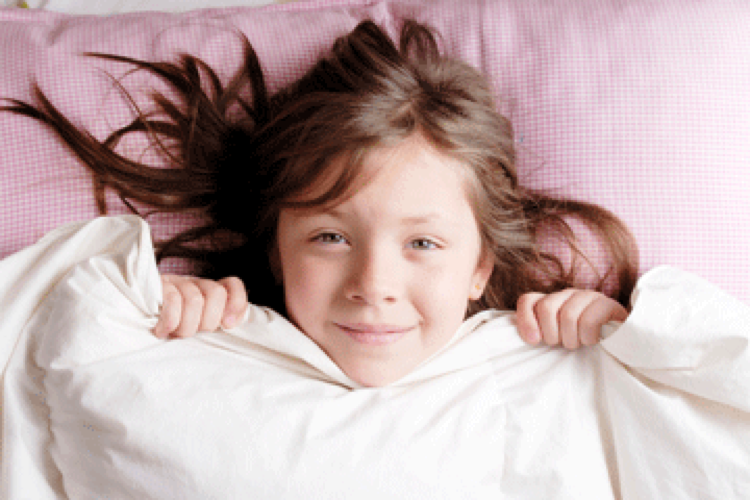 Design your child’s bedroom for wellbeing with Vastu

Design your child’s bedroom for wellbeing

Vastu shastra, the ancient Indian architectural practice, and feng shui from China cover various aspects of each and every part of your home, right from your kitchen to your garage to your child’s bedroom, helping you create a living environment that supports the health and wellbeing of you and your family.

These practices can demonstrate that your environment has a significant impact on you and so their focus is to support you in creating a harmonious environment that will impact positively on your inner sense of harmony.

Designing the ideal room for your child using vastu and feng shuiprinciples is all about creating an environment that ensures a healthy flow of positive qi, or energy, and contributes towards their wellbeing — physically, mentally and emotionally.

According to Anthony Ashworth, feng shui and vastu consultant, the bedroom is the one place where we should completely avoid using primary colours to stimulate our children. The vibration of the colour red, for example, is fiery and disturbing, while the vibration of blue is slightly unsettling.

Because the bedroom is a place for deep rest and rejuvenation, it’s the subtle earth colours that we should use instead. Gentle earthy colours will have a settling and quietening effect on your child, helping them settle into sleep land more easily and increasing the likelihood of them resting more deeply.

“The colour of the mother’s skin can be used as a guide,” says Ashworth, “not by literally putting your hand under the spectrometer but as a guide to any skin colour from rose-pink to deep caramels, even soft, warm whites.”

If you have a boy he may not be so happy with this next guideline, but Ashworth strongly suggests avoiding the use of bed covers or doonas that are themed with anything too active and racy, including racing cars, trains, boats etc. He also suggests avoiding large posters that depict anything either moving or overly active or colourful. As these are all stimulating and action-oriented, they carry a subtle message that’s not conducive towards inducing rest.

In general, there tends to be a propensity for people to have rooms that are too yang (masculine), with high ceilings, lots of glass and lots of views, but bedrooms should be more yin (feminine) than yang. To create a nurturing sleep environment for your child, the room should be as close to the womb state as possible.

Bedrooms should have slow, deep, quiet and feminine energy, especially for lively little boys. So, if your child’s room has a large open door that looks out on a great view, at least hang some blinds or curtains that can be drawn at night to create that womb-like feeling when they’re sleeping.

Position of the bed

There are a few important aspects to consider here. Ideally, place your child’s bed in a quiet position away from the windows and door. Second, avoid placing the bed in the “coffin position”, ie where their feet face the opening of the bedroom door.

Also avoid at all costs a bed position that would have their head facing north. Vastu sees the magnetic poles of the earth as being similar to our heads and strongly encourages the head to be facing south when sleeping. “If the head is directed towards the earth’s north pole while sleeping,” says Rajeev S Khattar, professional astrologer and vastu consultant, “the two north poles will repel each other, causing tension, disturbed sleep and other potential health-related problems.”

It’s also believed that sleeping with your head in the north can create digestion issues over time. If facing the head south is not possible, then having the head in the east or west will do.

It’s not always possible to choose where the windows in your child’s room will be unless you’re building your house or apartment from scratch. If you do have the luxury of choice, however, it’s best to have the windows in the east and north, as this is said to bring positive energy into the room. If you don’t have a choice and if the windows are in the south or west, Ashworth suggests they should be played down by keeping the window coverings closed when the room is not in use.

However, you do also need to take into account that light (any light) is an important aspect in keeping the environment of a room positive, so if the windows in your child’s room are in the south or west you’ll need to find a balance between keeping them open often enough to let light in and closed often enough to play them down.

If your child’s room is right next to the parents’ room, avoid having the child’s head against the wall where the mother’s head lies when she’s sleeping. If the child’s and mother’s heads are directly opposite each other in this way, the auras of the child and mother never have a chance to separate and the child may become overly dependent or bossy towards their mum.

Feng shui says the western sector of the house is best for children’s rooms as this area represents the energy of children and creativity. According to vastu, having your child’s room in the north or southwest is not recommended. Earth element dominates the southwest, giving whoever’s room is here the control position. Children who sleep in the southwest tend to dominate the home and parents.

Having your child’s room in the northwest is not recommended, either. This is where the air element is strongest, bringing continuous change and movement. If you have a guest you don’t want to linger long, you could put them in this room. But if your child’s room is here, the child may become flighty and unsettled. If your child’s a little lazy and sluggish, it won’t impact on them as negatively as it would if they were predisposed towards being flighty, but if they have ADD (attention deficit disorder), for example, it’s better to avoid having their room in this part of your home altogether.

When we sleep, our bodies produce serotonin, a feel-good drug, which is used to fight disease, cancer and depression. Sleeping in a dark environment that’s free from night lights enables the body to produce serotonin and to rest more deeply. Night lights include any lights in the room that can be seen when the main light has been turned off, including light from an alarm clock or electronic device.

If your child wants or needs a clock in their room, it’s preferable to give them a battery-operated clock. If they’re afraid of the dark it’s better to solve this rather than Band-aid their fear by leaving a night light on; however, if required, use the dimmest light possible or leave a hallway light on.

Ashworth recommends keeping all electronic gadgets, including telephones, televisions, computers, scanners, radios, electric blankets and especially wi-fi, to a minimum in any room. If there’s a lot of electronic devices in your child’s room, you may want to put an isolation switch by their bed; in just one flick, it will turn off all the power in their room before they sleep.

EMR can actually stop or retard the production of serotonin in the body, so if you want to reduce the negative impact these devices have on your child’s body, mind and energy levels, it’s really important to minimise the use of them in their room.

EMR is said to have a stronger effect on the subtle energy body while sleeping, so if you use wi-fi at home, make sure you turn it off at night, even if it’s not in your child’s room. While wi-fi is strongest at the source, it still affects the surrounding rooms. Similarly, if you feel you cannot prevent the use of computers and televisions etc in your child’s room, at the very least make sure these are all turned off when they’re not in use. Definitely make sure your child is not sleeping with their head against a wall that houses an electrical distribution box.

There now exists compelling evidence that mobile phone radiation can damage the human body’s cells. Dr Devra Davis, epidemiologist, author and founding director of the toxicology and environmental studies board at the United States National Academy of Sciences, says, “A cellphone is a two-way microwave radio and really should not be held next to the brain or close to the body wherever possible.” If your child has a mobile phone, encourage them to put it at least a metre away from their head when sleeping or to turn it off completely. If they have a smartphone, get them to put it on airplane mode before they go to sleep.

The bedroom is for sleeping

You may not have the luxury of implementing this, especially if you live in a small apartment, but if you can, avoid your child’s room being used as a play area. First and foremost, any bedroom is a place to sleep. The more your child’s room is used only as a sleeping place, the more their brain will automatically recognise it as this and the higher will be the inclination for them to rest more deeply when they’re sleeping.

Bedrooms that are away from noisy, brightly lit roads are generally better. The quieter and darker your child’s room is, the deeper their sleep will be, providing they are not afraid of the dark.

Vastu tips for your child’s bedroom